In August 2019 Japanese born artist Rui Matsunaga was an artist in residence at Studio 88. Working between Japan and London, Rui graduated from the Royal Academy of Arts in 2002 and creates art inspired by myth, folklore and popular culture. Here she talks about her creative practice and the philosophy that drives her work.

I am interested in creating imagery that implies a certain narrative and sense of poetry. I draw inspiration from myth, folklore and popular culture such as books, films and manga. I am also very drawn to the idea of animism – that everything in the world has a consciousness and behind all things there is anima. Animism has been a way of understanding the world since ancient times and still continues to some extent today.

In Japan we have a belief system called Shintoism, an ancient tradition that believes we share a world with a variety of spirits and gods (Kami) which are not only myriad of spirits of nature and things but also divine essence that connects everything in this world. A tree can be something in which those spirits can reside and all are a part of divine fabric of reality and so deserve a deep respect. This approach contrasts with the historical western view to see the nature for its instrumental value.

In addition to that, there are current issues in technology that lead us to question what is to be a human being, such as in the area of bio/gene technology, questions of divinity in this digital age, techno religion and silicon prophet (according to Yuval Harari) and sentient AI.

In my own work, I like to create a type of landscape that is not a real but touches upon an inner reality; our sense of time passing, its inevitably and the knowledge that nothing can prevent or change this. Lives are born, rise, fall and die, but the vast landscape continues on as it always has. Our lives are mere echoes that fade. The seasons pass and the wind blows the same. The sense of time and space where everything happens in a place of joy or tragedy passes eventually; leaving, as if everything was a dream.

As a background, my work refers to Japanese culture where doomsday weapon of two nuclear bombs exploded over cities made a major impact in the deep psyche level. Culture experienced transmogrification reflected in TV series like Godzilla (giant salamander mutated by radiation), and manga such as Katsuhiro Otomo’s Akira (humans who can morphogenetic transform to monstrous superhuman). Series such as these deal with the fear of transformation and the story of survival, which recently has been relived in a way by the experience of Fukushima nuclear power station accident in 2011.

The small creatures in the work can bee seen as spirits of nature but also as morphed projections of our human existence, and they explore our fragile and sometimes treacherous relationship to nature in subtle narrative poetic manner.

In the context of climate change existentialism leads to a new understanding of reality and fuses it with a mythological vision of our relationship with nature over the remaining course of the 21st century.

You can see more of Rui’s work here:

Check out our space 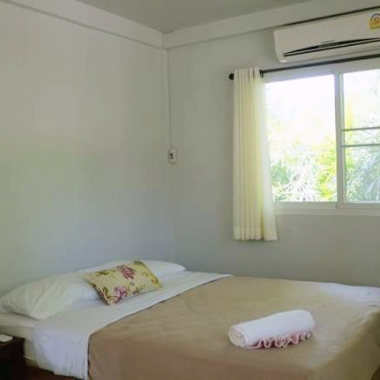 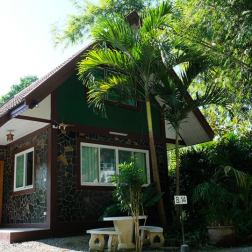 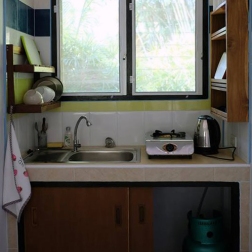